Is Apple sneaky, or just Evil?

But does Apple love us back?

Sometimes it’s hard to tell. We wrote not long ago about the frustration people have when they can’t get their phones repaired by their local phone repair shop. For us, it’s frustrating when we have to say: “Sorry, Apple won’t give us the secret codes we need to repair that part of your phone.”

But is Apple purposefully sabotaging your phone in order to sell you the next model? Frankly, I’m just a puppet, so for me it’s hard to tell. I’ll let you decide.

A new study suggests that phones get measurably slower each time a new iPhone model is released.The genius behind the study, Laura Trucco of Harvard University, found an easy way to track what Apple might be doing to your phone. By “easy”, I mean that she checked Google Trends. Yes, that’s easy. 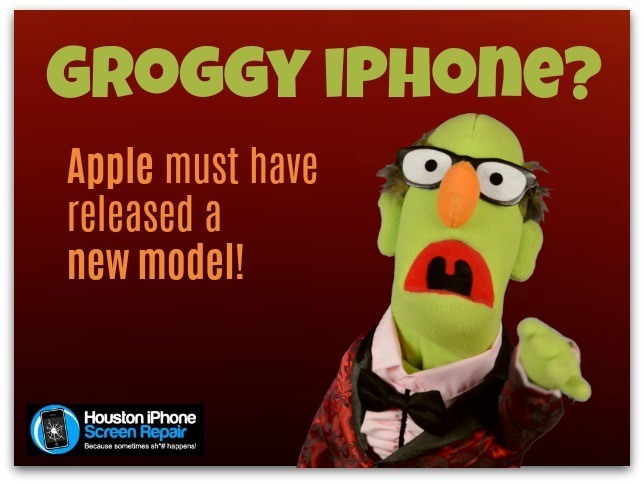 People grumble about slow phones. Sure, that’s just human nature. And sometimes they search Google  for tips on how to speed up their phones. One of the most common searches is for “iphone slow”. So Trucco plotted the volume for this term over time.

The volume spiked when Apple released a new version. By “spiked”, I mean shot up into the sky like NASA was launching it. Check out the graph: 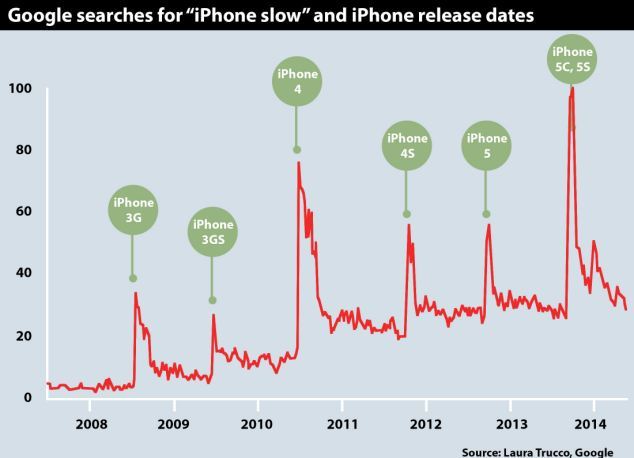 It’s hard to believe that a huge number of iPhones suddenly wear down of old age or natural wear all at once, when Apple releases a new model.

But there does appear to be a logical reason. With a new phone comes a new version of IOS. As Catherine Rampell wrote in the New York Times, that this is likely an Apple strategy of planned obsolescence.

“The fashion industry, whose entire mission is to essentially render products obsolete long before they cease to be functional, does this regularly.”

She points out that publishers also do this:

“There are plenty of economics textbooks to choose from, for instance, and yet publishers still artificially make their old editions unusable by changing pagination or scrambling homework questions because they know teachers don’t want to deal with learning a whole new book.”

For people who salivate for the next iPhone model, this is of little consequence. Who cares if your phone slows down just when you want to replace it. But for budget-conscious folks, it really sucks to be almost forced to change phones because the old one suddenly becomes groggy.

But what about Samsung. Surely they have a poison pill, too, right?

Surprisingly, no. Trucco plotted searches for “Samsung Galaxy Slow” and found that the searches climbed over time, as Samsung grew in popularity, but with no meteoric spikes when new products were being released. 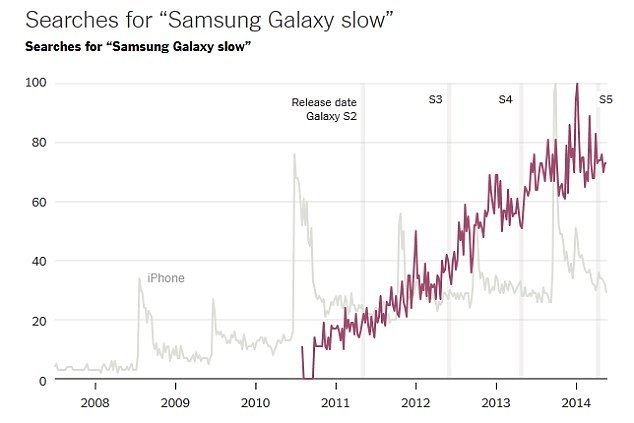 This can only mean that the marketers at Samsung don’t have the smarts of the fashion industry, the textbook industry or Apple.

Or it means the folks at Samsung are smarter than Apple, leaving consumers with the impression that their phones are a better long-term investment.

A respectful company would stop people before upgrading and direct them to review a list of benefits of upgrading as well as drawbacks.  Not doing so seems to me to be, well, sneaky.