When is the Galaxy S6 Release Date? (Plus 8 Other FAQs)

After lots of anticipation, Samsung officially launched the Galaxy S6 at MWC 2015. When the S6 was officially launched, it included news that there will also be a Galaxy S6 Edge. Since we know you’re probably dying to know more about these awesome phones, we’re going to dive right in to answering questions about them: 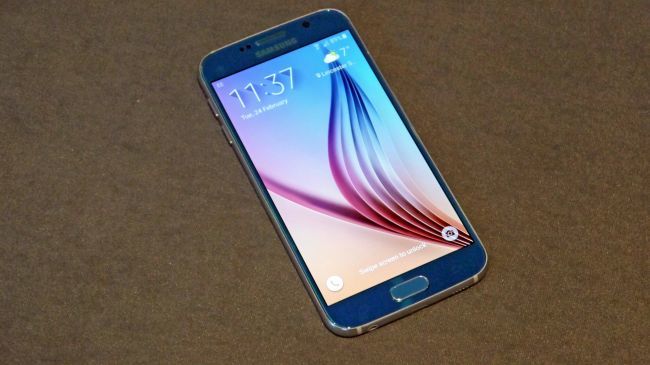 When will the Galaxy S6 be released?

Now that the S6 has officially launched, it’s likely that you’ll be able to buy it during April. Given that both the S4 and Galaxy S5 were available to purchase in April of 2013 and 2014, it makes sense that the S6 would follow the same pattern of hitting the market in April 2015.

How much will the Galaxy S6 cost?

While there’s no way to know exactly what the price tag will be until it’s officially announced, there have been enough rumors floating around from credible sources that we can provide a reasonable price range. Expect the 32GB S6 to clock in around $855, the 64 GB at $970 and the 128 GB at $1085. Although this phone definitely isn’t going to be cheap, keep in mind that you can likely get a price break by purchasing through a carrier and signing a 2-year contract with them.

What is the Galaxy S6 made of?

One reason that this phone is on the higher end of the price spectrum is because it’s made from premium materials. The bulk of the body is made from metal, which gives the phone a very solid feel. Then the remainder is covered with glass.

What is the Galaxy S6 screen resolution?

If you’ve used the Galaxy Note 4 and liked its screen, you’ll be very happy to know that the S6 features the same 2560 x 1440 pixel QHD resolution. In terms of size, the S6 managed to offer a crisper screen while only being slightly larger than the iPhone 6. 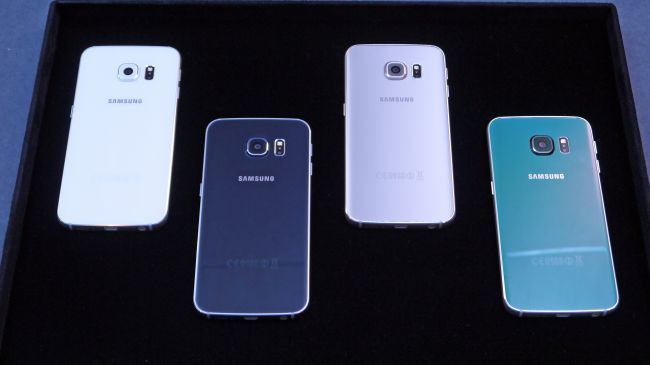 What’s the difference between the Galaxy S6 and the S6 Edge?

Upon holding each phone in one of your hands, the first difference you’ll notice is that the S6 Edge does have slightly bent edges. While the S6 Edge is just a little thinner than the standard S6, the Edge is both lighter and features a larger battery. With its 5.1″ screen and slightly protruding camera, photo enthusiasts will likely have no trouble justifying the higher cost of the Edge.

What are the Galaxy S6 battery specs?

One of the biggest surprises of the Galaxy S6 is its reduced battery size. This phone features a 2550mAh battery. By comparison, the Samsung Galaxy S5 has a 2800mAh battery. While it will take a full hands-on review to see how well the S6 battery performance stacks up, the company has said that just 10 minutes of charging will be enough for two hours of playing video.

What kind of camera does the Galaxy S6 feature?

With a rear camera that features a 16MP sensor and an aperture of f1.9, the S6 camera marks an impressive 34% improvement over what the S5 had to offer. It’s also clear that this camera is going to take really nice shots even in low-light conditions. Additional features include Auto HDR mode and Optical Image Stabilization. As an added bonus, the front camera has also been upgraded to provide between low-light performance and infrared that can be used to balance white levels.

What operating system does the Galaxy S6 use?

Although multiple reports have confirmed that Samsung is working on their own operating system, the S6 still uses Android. With the latest version of Android being Lollipop, one good thing about the S6 is Samsung has taken noticeable steps to help slim down the UI of the S6.

Should you buy the Galaxy S6?

This depends on several factors. If you consider yourself an early adopter and are a fan of Samsung phones, you can feel good about buying this phone on release day. However, if you don’t think of yourself as an early adopter, it makes sense to wait until the phone has been released and tested to ensure there aren’t any annoying problems with it.

For iPhone 6 users who are happy with their device, the Galaxy S6 doesn’t offer anything groundbreaking enough to justify the switch. It’s also worth keeping in mind that if you simply like having a quality smartphone and don’t care about having the absolute latest, the release of the S6 is likely to be a great time to pick up the Galaxy S5 at a noticeably discounted price.