Google Glass Sucks: 6 Reasons Why, Plus the 5 Competitors That Want to Capitalize On Its Weaknesses

If you were surprised by the title of this post, let me clarify that Google Glass is definitely a cool concept. And while there are plenty of good things that can be said about the initial version of this wearable technology, it’s far from being perfect. In fact, there are some major shortcomings of Glass. The biggest problems that actual users of the product have reported are:

According to Google, Glass should last a full day without needing to be charged. But as more people have actually used this device, they’ve found that with normal usage like checking email and snapping pictures, Glass only lasts five hours. And for users who like shooting video, it’s easy to drain as much as 20% of the battery in less than 10 minutes. Worst of all, when the battery does die, it usually happens abruptly and without warning.

About a year ago, a security expert figured out a way to completely take over Glass. That’s right; with this exploit, an individual could take over a Glass user’s device and see everything they were doing. The exploit took less than a minute to run, and while Google has taken steps to beef up the device’s security, the fact that it still doesn’t require a PIN or password make it particularly vulnerable.

The whole point of wearable technology is it’s something that can enhance day-to-day life without ever getting in the way. Unfortunately, many people have reported that Glass starts to feel uncomfortable after being worn for just a few hours. While a few lucky users had their frames specially altered by Google, that’s not a widespread option. As a result, Google is going to need to come up with a more comfortable design if they ever want Glass to be adopted by the mainstream. 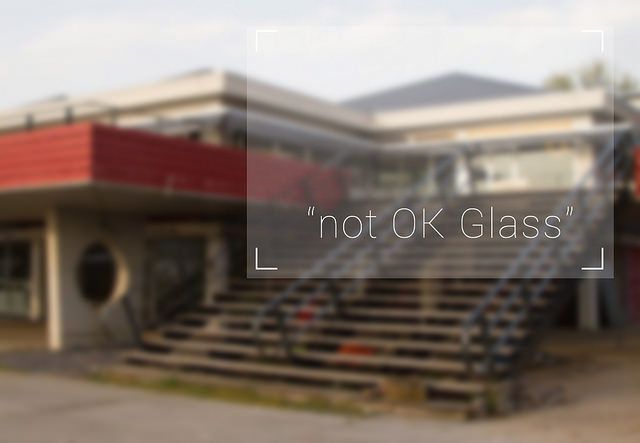 Although it hasn’t been as widely reported as other complaints, some users of Glass have been less than thrilled with its display. Instead of offering the bright colors people are used to with an OLED panel or modern LCD, reviewers have compared the display of Glass with an old-school, passive-matrix LCD that often has murky hues.

If you get a message while you’re wearing Google Glass, it will chime to let you know. While that sounds like a useful feature, the problem is you only get to see the first few lines of text. If you want to see more or browse through messages, it requires a bunch of taps. What’s worse, you can’t compose a full email on Glass. On top of that, since text messages can only be done through voice, it can create an awkward situation if you’re trying to discuss something private. And to add insult to injury, speech-to-text is often very buggy on the device.

There are two reasons why multiple users have reported that Glass is too easy to break. The first is because of the design itself. The most susceptible part of the device is the thin strip of plastic on the right side. While this component has the very important role of housing the battery, it simply doesn’t offer the same durability as the rest of the titanium frame.

The other reason it’s quite easy to break this wearable device is because of the case that’s included with it. Instead of a strong reinforced case that can travel fine in a purse or other bag, Glass only comes with a pouch. And even though it does have some reinforcement on the bottom, it only provides protection to the glass prism and not the previously discussed weakest component of the device.

Since Google has yet to create the iPhone of the wearable world, it shouldn’t come as a surprise that there are plenty of competitors who are ready to give the tech giant a run for their money. If you want to know which Glass competitors have hit the market or are planning to do so in the near future, here are five that showed real products at the 2014 Consumer Electronics Show in Las Vegas:

1. Lumus is an Israeli company that has been around for over a decade. Their credibility comes from having spent the last five years providing the US Air Force with optical systems that fit in their helmets. With their new DK40 device, they are offering a wearable to consumers that has a bigger screen than Glass and is operated through an Android app.

2. Although LAFORGE Optical is a fairly new company, it was founded by five people from RIT. They’re developing three sets of glasses. Known as Icis, these glasses use Bluetooth to display notification on prescription lenses. The beta version of the glasses were sold for $220.

3. The Vancouver company Recon Instruments isn’t focused on making a wearable device for the masses. Instead, their Recon Jet eyewear is specifically designed for athletes. What’s cool about these sunglasses is they’re able to pull in a ton of data like heart rate and altitude. It’s also worth noting that this isn’t Recon’s first rodeo. They previously sold 40,000 pairs of another model of smart goggles through a partnership with Oakley.

4. If you’re interested in the company that’s bringing the most innovative product to the table, iOptik is the winner of that prize. They actually have augmented reality contact lenses. The lenses are activated when worn in conjunction with special eyeglasses. This system actually has roots that go back to DARPA and the military.

5. With a basic version that costs $999 and a HD version that costs $5,999, Vuzix is definitely at the high-end of the market. But what makes them a compelling competitor is by putting a device directly in front of the eye, it’s easier to do tasks like translate a language or scan a barcode.

Because Google is far from being the only player in the wearables market, it will be interesting to see if these competitors put enough pressure on Google for the company to really up their game with the next generation of Glass!