If you’re thinking about buying a new phone within the next couple of weeks, there’s a good chance that you’re trying to decide between an Apple iPhone 6 or Samsung Galaxy S5. While these two devices are far from being the only smartphones on the market in 2015, they’re heads and shoulders above the rest in terms of what they have to offer. 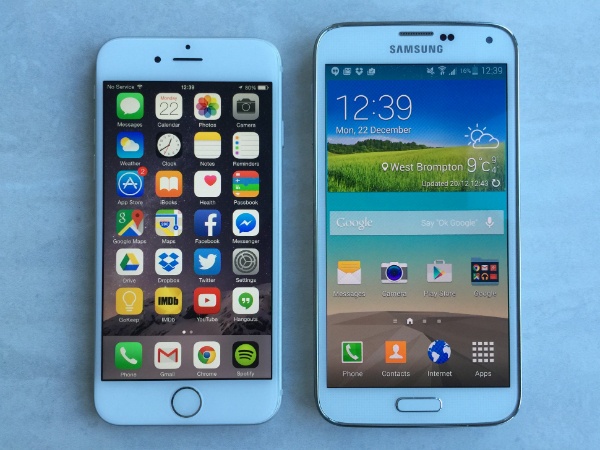 In a previous post from last year, we covered some of the biggest issues with the iPhone 6. Not only was the biggest issue specifically targeted at the iPhone 6 Plus, but Apple has put a lot of effort into correcting those original kinks. So with that being said, let’s take a look at whether you’ll ultimately be happier with an iPhone 6 or Galaxy S5 in your pocket or purse:

Although many people assume that the S5 is far bigger in size than the iPhone 6, as you can see from the above picture, the S5’s bigger screen doesn’t require a much bigger device. The same is true for weight. The iPhone 6 weighs 4.55 oz and the S5 weighs 5.11 oz.

When it comes to design, you need to think about what you’re personally looking for in your next phone. If you want a sleek device that’s easy to slide in and out of your pocket, the 6 is going to work best for you. But if you plan to carry your phone in a purse or bag and want as big of a screen as possible, you’ll be happy with the S5.

Breaking Down the Tech Specs

If you’re comparing two Windows devices to each other, it makes sense to look at tech specs like RAM. The same is true for Apple devices. What isn’t as useful is comparing these specs when one device runs iOS and the other runs Android. The reason that specs don’t provide useful insights for this comparison is because platforms utilize their tech resources differently.

Because the 6 is Apple’s best device and the S5 is the same for Samsung, both offer great performance on their respective platforms. So if you’re used to having a phone with iOS, you won’t be disappointed with the speed of the iPhone 6. The same is true for how you’ll feel about the S5 if you’re an Android user. 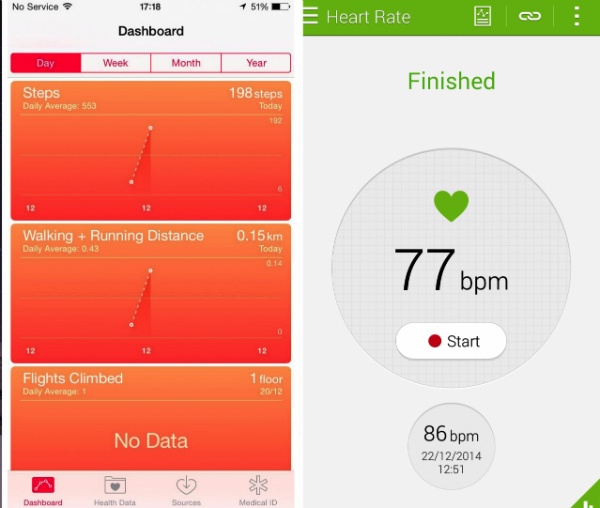 Whether you’re an iOS or Android user, you’ll be familiar with most of what each phone has to offer. However, upon upgrading to either device, there will be a handful of new special features that you’ll be able to enjoy. For the iPhone 6, the first new feature worth mentioning is Apple Health & HealthKit. Not only does Health provide a lot of useful information, but HealthKit provides a way for developers to integrate this information among multiple apps.

The other truly notable feature that the iPhone 6 brings to the table is Touch ID. While people were initially skeptical about the utility of this feature, being able to use it in conjunction with the Apple Pay platform is a genuine timesaver and is likely to have a far-reaching impact on how people make their daily purchases.

With the S5, the ability to use it as a TV remote is the first of its two notable features. And as with the 6, the other key feature of the S5 is Samsung’s S Health. This app utilizes the heart rate sensor built directly into the S5. Because the sensor is very accurate, S Health can provide you with a lot of interesting insights about your health and fitness habits.

On paper, the fact that the iPhone 6 has an 8 megapixel camera and the S5 has a 16 megapixel one makes it seem like the S5 is the clear winner. However, in practice, not only do the two cameras produce comparable pictures, but many people feel that the colors and detail captured by the iPhone 6 is actually best. 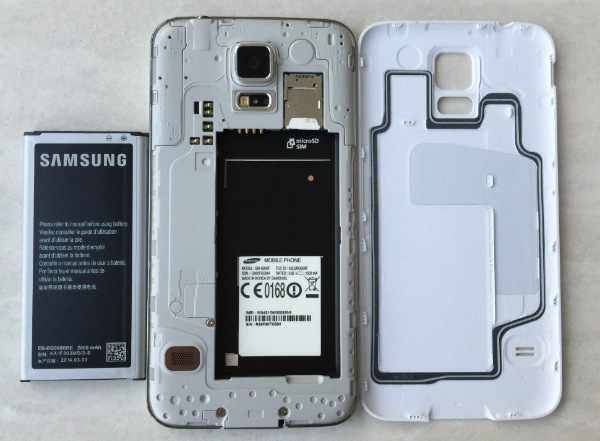 If you currently have an iPhone and are happy with it, you won’t be disappointed by Apple’s iPhone 6. The same is true if you’re currently an Android user and end up purchasing Samsung’s S5. On the other hand, if you currently use iOS or Android and have been dying to switch to the other platform, the great experience that both devices offer means you should end up being very happy with your switch.