6 iPhone Games That are Just as Addictive as Flappy Bird

Back on February 5th, The Verge published an interview with Dong Nguyen. Nguyen was the sole developer behind the smash hit Flappy Bird. In the interview, the Vietnamese developer revealed that the deceptively simple but very challenging free game was making $50,000 a day from ads. Although the app had already been downloaded over fifty million times, it seems that this interview created even more of a flurry around the game.

That’s why people were shocked when just five days later, Nguyen made the decision to remove the game from the app store. While that event created even more of a flurry, and there is still lots of speculation about the real reason Nguyen pulled the game, his explanation was that it was simply too addictive to players. Additionally, it seems that all the attention added a lot of unwanted stress to the solo developer’s previously simple lifestyle.

So if you agree with Nguyen that the game was quite addictive, but actually find that to be a good trait in games, you’ll be happy to know that there are still quite a few really fun games that can fill the void of Flappy Bird being gone: 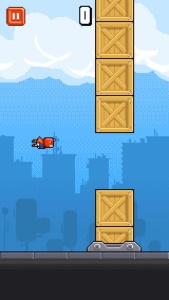 If you’re looking for a game that provides a very similar experience to Flappy Bird, this is the one you want to play. While you control a superhero instead of a bird and fly through crates instead of pipes, the game mechanics are very similar. In fact, there are plenty of players who say that this game is actually harder than Flappy Bird. Also, since it’s hit the top spot for free iOS apps, it’s safe to say that it’s quite popular. Here’s the: iPhone version and Android version 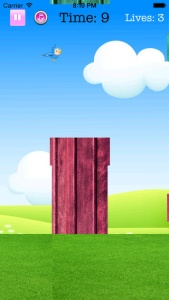 Wish you could have completely mastered Flappy Bird? Well, if you want to eliminate the frustration and play a game where you can enjoy a lot of success, be sure to check out this one. Your main goal is to control a bird and avoid hitting pipes. But what makes it much easier is the pipes are spaced out and you can crash three times before having to start over. Here’s the iPhone version 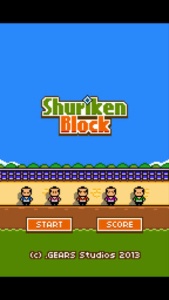 If you’re looking for an experience that is very similar to Flappy Bird, then your best bet is one of the previous two games. But if you’re looking for something different but still quite fun, the reason you may really enjoy this game is because it’s another one that Dong Nguyen created. In addition to the popular 8-bit retro style, this one probably won’t cause you to pull your hair out. Instead, you will have an easier time protecting the row of five little guys from throwing stars than you ever did trying to fly through pipes in Flappy Bird. Here’s the iPhone version 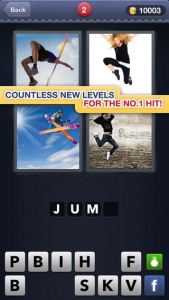 Now that we’ve covered some direct replacements for Flappy Bird, as well as provided another option made directly by Nguyen, it’s time to look at some games that are completely different but still a whole lot of fun to play. First up is the puzzle game 4 Pics 1 Word. As you may have guessed from the title, it combines both pictures and words. After being shown four different pictures, you have to guess the single word that connects them all to each other. Here’s the iPhone version and Android version. 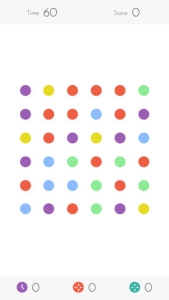 In this free game, you are given sixty seconds to connect as many dots of the same color as you can. Even though that sounds quite simple, it only takes a few rounds to get hooked. And if you want to crank up the competition even more, you can connect Facebook and/or Twitter to compete with your friends for the game’s high score. Here’s the iPhone version and Android version. 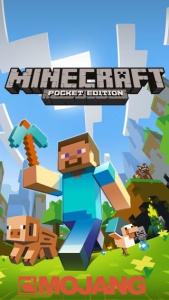 All the games we’ve covered so far have been free to download and play. For many players, those are the only types of games they want to touch. However, if you happen to be someone who enjoys paid games for reasons such as not seeing ads, Minecraft is a whole lot of fun. For $6.99, you can download this game and start building your own world. A big part of why it’s so easy to get hooked on this game is because regardless of how long you play, you’ll always feel like there’s something new for you to do. Here’s the iPhone version and Android version.

Now that you know all of the other great games that are available, all you need to do is head to the app store on your iPhone or computer, and download a few to try out for yourself!