If you walk into the Apple Store at the Galleria or anywhere else in Houston and listen to what people are asking about, chances are it will only take a few minutes for AppleCare to come up. When people think of AppleCare, they often think of iPhone insurance. Unfortunately, that’s simply not correct!

Even though many people believe that buying AppleCare is the same thing as buying insurance for their new phone, anyone who has tried to file a claim through AppleCare has probably encountered a less than ideal experience.

As someone who is in the business of helping people repair their phones, I hear and am involved in these conversations all the time. All of this experience has resulted in me strongly DISLIKING AppleCare. To help you avoid wasting your money, I want to share those reasons, as well as explain what carrier insurance is and why I always recommend it over AppleCare: 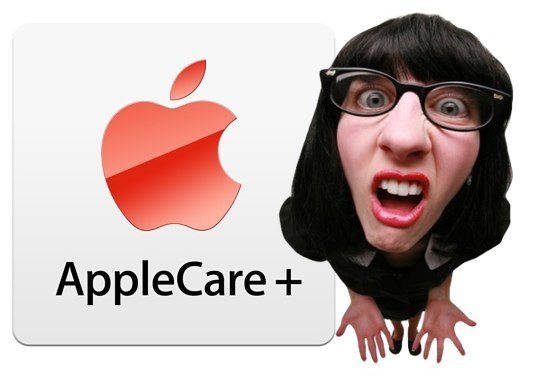 1. It’s Only Good for One Year

Basic AppleCare is only good for one year. What’s worse is that single year doesn’t include expert telephone technical support. Instead, that benefit only lasts for the first 90 days. While there’s always a chance of something going wrong in this short timeframe, most people have accidents or problems with their phone farther down the line.

It is true that you can purchase AppleCare+ and get two years of service coverage and phone support. However, even if you pay for AppleCare+ and then something goes wrong in the 25th month after buying the phone, you’re out of luck!

Between its name and the fact that you pay extra for it, assuming that AppleCare+ would cover common forms of damage is completely reasonable. But that’s not how this program actually works. There are three big things that AppleCare+ does not cover. The first is losing your phone. So if you ever leave your phone behind and the Find My iPhone feature doesn’t work, your only hope is a good samaritan will bring it back. Otherwise, AppleCare+ won’t provide you with a replacement.

The second thing this program doesn’t cover is theft. Despite the fact that AppleCare+ is marketed as a way to have peace of mind about your iPhone, it won’t provide you with any help if someone comes along and steals your phone. While those first two shortcomings are very frustrating, the third is the worst. AppleCare+ DOES NOT cover catastrophic damage.

The term catastrophic damage applies to a phone that’s in multiple pieces or is unsafe to handle. While those scenarios aren’t super common, catastrophic damage also applies to bent enclosures. And the reason that’s a big deal is I can’t tell you how many iPhone 6’s I’ve dealt with that have a bent frame. So even though it’s a very common source of damage, it’s not something that’s covered by AppleCare+. 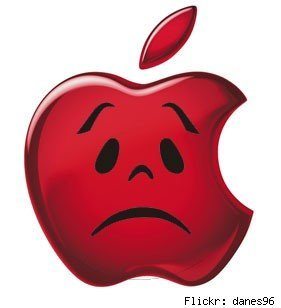 3. You Can Get What AppleCare+ Provides for Free

Do you have a credit card? If so, you probably use it to purchase things like electronics. And while you’re probably aware of the points you earn for those types of purchases, what many people forget is numerous credit cards offer purchase protection. While the exact details vary by card, a common example of what American Express offers is ninety days of protection against damage or theft. Even though AppleCare+ lasts for an additional 21 months, given its lack of coverage for loss, theft or catastrophic damage, you’re throwing away money when a single call to your credit card company may provide a good starting point of actual coverage.

What You Can Do to Actually Protect Your Phone

While taking advantage of any available protection through your credit card is a smart idea, those benefits aren’t the same as a dedicated insurance plan. If you want true iPhone insurance, then I recommend going with carrier insurance. This term simply refers to an insurance plan offered by your wireless provider.

A common example is Asurion Wireless Phone Protection for Verizon. Currently, the cost of this plan is $7.15 a month. Unlike AppleCare or AppleCare+, there isn’t a set window of coverage. Instead, your phone will be covered for as long as you pay your monthly premium. That means you won’t have to worry about having too little coverage or overpaying for coverage you don’t need.

The next big difference between carrier insurance and AppleCare+ is your phone will actually be insured. That means if it’s lost or stolen, you can file a claim and get it replaced. The same goes for accidental damage. That type of damage includes any liquid or physical damage. With Verizon’s Asurion plan, you will simply pay a deductible between $49 and $199 for loss, theft or damage.

A big part of why people mistakenly buy AppleCare+ is they think they’re getting insurance that will cover even the most unlikely of events. With carrier insurance, that’s what you actually get. By opting for an Asurion plan, even if bad things happen to your phone twice in a twelve month period, you’ll be able to get the damage covered for as much as $1500 per claim.

Since a plan like Asurion Wireless Phone Protection for Verizon is actual insurance for your phone, issues like a bent enclosure will be actually be covered. This type of insurance also takes the 1-year manufacturer warranty Apple provides and extends it indefinitely. Because insurance from a carrier really does cover almost every scenario you can think of, it is the way to go if you want true peace of mind about your new iPhone.

If you have any additional questions about protecting your iPhone or already have a broken phone that needs repaired, you can always reach Houston iPhone Screen Repair at 832-981-2709.